Contrary to what many people think, success is not really about what children do. In school, the arts, sports, and other achievement pursuits, no one has the market cornered on strategies that foster success. Rather, true success, namely success that brings meaning, satisfaction, and joy, comes from being-who children are, what they value, their work ethic, and their ability to connect and work with others…Children who are human beings experience a sense of happiness in their achievement efforts because their efforts emerge from and affirm who they are. This connection between who children are and what they do is what separates children who achieve both success and happiness from those children who merely succeed or don’t succeed at all.  https://www.psychologytoday.com/blog/the-power-prime/201004/parenting-raise-human-being-not-human-doing 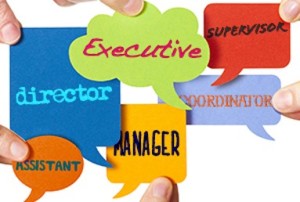 Although the focus of the above article is on raising children, I would contend that it is as equally true for adults. Our identities are much more associated with what we do or what we have, vs. who we are. We measure ourselves and others based on job title, accomplishments, what we have, how much money we have, and how we look. When we meet others, we often inquire what they do for a living instead of asking who they are. What truly is our measure of success for our life?

I was in my early thirties when I began to question my definition of success. I realized that I was conditioned to believe that success came from hard work, getting a job with a good company, and achieving what was described as the American Dream. I had accomplished many of these things, but realized that I was not happy. In fact, I had no idea what happiness meant. I would rather be successful in terms of being happy and content, experiencing meaning in my life and what I do, giving back vs. taking, and making a difference. This became my new definition of success. 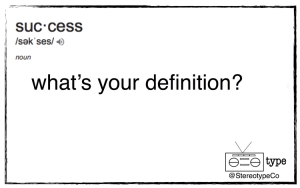 I will never forget the time when I was having dinner with a consultant related to a project I was working on. He was an elderly gentlemen, who was incredibly kind and showed genuine concern for me. At one point during the dinner, he asked me the question, “Michael, are you happy?” I sat dumbfounded by this question. Was this a joke, I thought. Recognizing my discomfort, he stated that it was okay not to answer. He said, “what appears to be such an easy question, really isn’t.” I tried to cover the fact that my eyes were beginning to water.

The question weighed heavily on me for many weeks to come. I tried to push it out of my mind, but realized that the harder I tried, the more uncomfortable I became. I attempted to rationalize that I should be happy with all of the “success” that I had in my career, but why didn’t this make me feel happy?

I had attended a conference for work on the topic of leadership and developing your authentic self. During this segment the facilitator spoke about the 3 levels of measuring self. Following an activity where we were asked to list what we valued about ourselves, we realized that most of our lists were items related to what we did (our identity) or what we accumulated (having). He then went on to describe that the most important aspect of self was who we were (our being). Being was described as what was left if we were standing out alone in a field, away from everything we did or had.

I was reminded of this when I volunteered in hospice care. I was attending to a human being that lay there, away from all the plaques and awards they had earned, their material possessions and net worth. What was left was a person that was coming to grips with the true measures of their life’s success. As they shared their life stories, very little time was devoted to what they did or had. Instead, it was about their family, connections, and regrets. I was reminded numerous times to make more time to stop and smell the roses.

It was while backpacking and volunteering around the world that I began to re-define once again what success meant to me. I met some of the most amazing people. What intrigued me the most was that those who had so little, appeared to be the happiest. It went against everything I had come to believe that success was. This was a time of discovery, and the basis for my book, Discovering Michael: An Inspirational Story and Guide to Personal Growth & Self-Discovery. But even with the many discoveries I made, it would take me years to translate this into a sense of being. This will be the title of my next book, Being Michael, sharing the challenges with becoming me, becoming my authentic self.

My own conclusion is similar to a line in the quote I started off with…”human beings experience a sense of happiness in their achievement efforts because their efforts emerge from and affirm who they are.”

So in lieu of asking you what you do, I would instead ask, Your Name, who are you? How would you respond? Then as conversation develops, don’t be surprised if I slip in the question that changed my life, “Are You Happy?”

Michael has been recognized for many outstanding achievements in his role as an educator and leader. He is published and has spoken at national conferences. His career and experiences are broad in nature providing the unique opportunity to relate well to virtually everyone he meets. Fundamental to his personal journey was his realization of the impact growing up in a dysfunctional family had on his self-esteem and self-image, along with the unhealthy beliefs that had formed affecting his ability to experience love and happiness. Through the use of what he refers to as "Tools for Self-Discovery" he was able to peel away the layers to identify his core issues, heal the pain, and form new beliefs conducive with being happy.

His journey represents a modern day vision quest. It began with his departure from his “success” in Corporate America in search of himself. The journey included backpacking across the globe, and volunteering in numerous capacities related to understanding death and dying, thereby giving greater meaning to the diversity and value of life. He returned to be married, raise 3 children and continue his career.
His quest continues to gain a greater understanding of the self-discovery process, applying new techniques first to himself, and then using his stories and broad experience on this topics as a source of inspiration and direction for others.

"Discovering Michael" has been published by Balboa Press, a division of Hay House. Check out the book's website for more information.

Thanks for stopping by and sharing your comments.